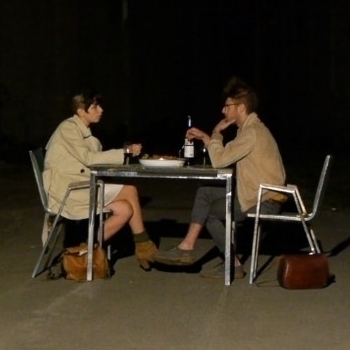 Shauna Janssen’s teaching, research and creative practice are consonant with expanded theatre practices, site-specific performance and urban interventions, spatial dramaturgy, environmental performance, the performance of gender and sexuality, the social histories of place, and interdisciplinary approaches to research and creation. She situates herself as a theatre practitioner and educator, interdisciplinary scholar, and urban curator. In her teaching, creative practice, and research, she moves in a constellation of organizational, pedagogical, critical, material, spatial, performative and social practices. Her teaching practice has been shaped by ten years of teaching in the field of theatre and twenty-five years experience working professionally, in the performing arts; devising, staging, managing and touring (internationally) new Canadian works in theatre, opera, and dance.

She holds a PhD in Humanities (2014), from the Centre for Interdisciplinary Studies in Society and Culture at Concordia University, where she is currently Assistant Professor, Department of Theatre with a cross-appointment to the Department of Geography, Planning & Environmental Studies. She has also taught in the Departments of Art History and Studio Arts at Concordia. In addition to her affiliation with COHDS, she is also a research associate with le Parc (Performing arts research cluster) based in the Milieux Institute for Arts, Culture and Technology. She is also a core working group member and researcher of an international research platform for Performance & Design.

Within the context and politics of urban change, she works with artists and researchers to create critical spatial practices and site responsive performances, interventions, installations, and collaborative community projects. She often works with themes such as spatial agency, the public sphere, gender, class, race, migration, gentrification, and the right to the city. She works with oral history to consider the relationship between memory and creativity and the potential role they play in making meaningful encounters with the contested social and spatial histories of cities.

In 2010, she founded Urban Occupations Urbaines, a research and curatorial platform for artists, communities and the public to creatively and critically engage with cities and urban change. In Montreal, she has collaborated with La Fonderie Darling, the Griffintown Horse Palace Foundation, Heritage Montréal, Centaur Theatre, Montréal Arts Interculturel, Le Corridor culturel de Griffintown, Le Sud-Ouest de Montréal, Parks Canada, and the Centre d’histoire de Montréal. She is a founding member and formerly co-director of Points de vue, a Montreal based community-engaged art, research, and urban activist platform. In Montreal, she has given public lectures and presentations at cultural institutions such as the Canadian Centre for Architecture (Ephemeral City, 2010), Articule (“Would you be my curator?” 2012), SBC Gallery, and The McCord Museum (City Talks, 2013). She has created and staged collaborative site responsive works and installations in Berlin, Tasmania, Australia, and Wellington, New Zealand.