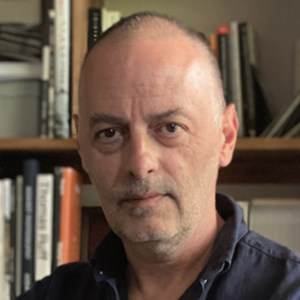 Velibor Božović grew up in Sarajevo, Bosnia-Herzegovina. When he was in his twenties, the country of his youth became a war zone and Velibor spent the duration of the siege of Sarajevo honing his survival skills. In 1999, Božović moved to Montréal where, for eight years, he worked as an engineer in aerospace industry until he gave up his engineering career to devote his time fully to exploration of images. Subsequently, Božović earned Master of Fine Arts degree in Studio Arts at Concordia University where he currently teaches.

He explores how images influence memory and the role they play in the space where the historical, the fictional and the personal interrelate. His projects have been supported by the Canada Council for the Arts and by Conseil des arts et des lettres du Quebec (CALQ). In 2015 he was awarded the Claudine and Stephen Bronfman Fellowship in Contemporary Art. His work has been exhibited in Canada and internationally.