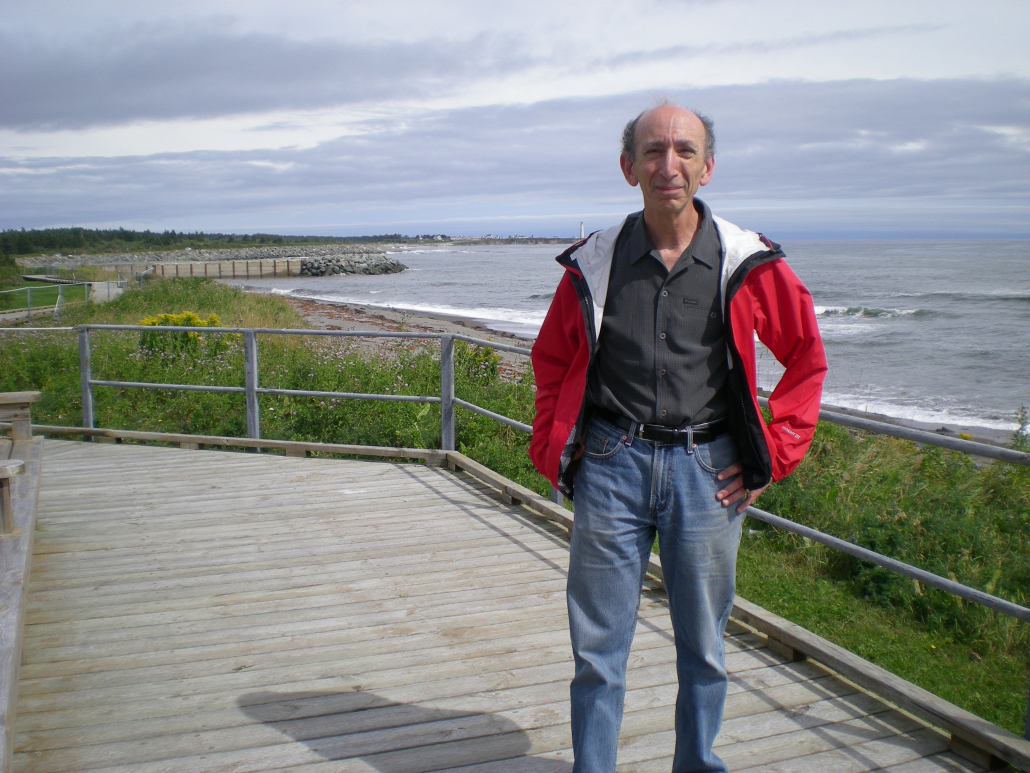 Ronald Rudin, author of eight books and numerous articles and producer of eight documentary films, carries out research that touches upon Canadian cultural and environmental history, with a particular focus on Atlantic Canada and its Acadian population. These interests are front and centre in his most recent book, Against the Tides: Reshaping Landscape and Community in Canada’s Maritime Marshlands (UBC Press, 2021). The book explores the legacy of the federal government’s large-scale project after World War II to reconstruct the dykes and aboiteaux that had long protected lands in both Nova Scotia and New Brunswick from the tides of the Bay of Fundy. This federal program (the Maritime Marshland Rehabilitation Administration) led to environmental and cultural changes that are still evident in the early twenty-first century. This book that builds on archival sources that have never been examined and interviews with an array of individuals with a close connection with this unique landscape. Those interviews are also central to the film Unnatural Landscapes that Rudin produced and Bernar Hébert directed. This focus upon the cultural and environmental history of Atlantic Canada is also central to Professor Rudin’s current project, “Through the Prism of Escuminac,” which has as its starting point the Escuminac Disaster of 1959, which saw 35 fishers killed when a freak hurricane struck the salmon fishing fleet in the Gulf of St Lawrence, off the east coast of New Brunswick. The disaster has been called both “the deadliest hurricane” and “worst fishing disaster” in Canadian history, and provides the beginning for an exploration of many of the major themes in the history of postwar New Brunswick. The project leans heavily on the participation of both survivors of the disaster and the families that were left behind.