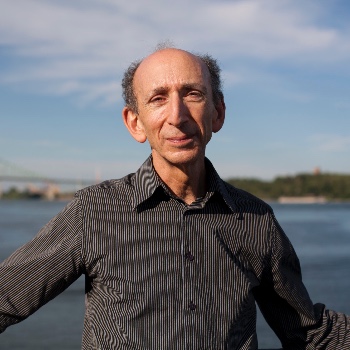 Ronald Rudin, author of seven books and producer of eight documentary films, carries out research that touches upon Canadian cultural and environmental history, with a particular focus on Atlantic Canada and its Acadian population.

These interests are front and centre in his most recent book, Kouchibouguac: Removal, Resistance and Remembrance at a Canadian National Park (University of Toronto Press, 2016). The book explores both the history and memory of the establishment of Kouchibouguac National Park in New Brunswick, whose creation in 1969 led to the expropriation of over 200 (mostly Acadian) families. In 2017, Kouchibouguac received from the Canadian Historical Association both the Clio Prize for best book dealing with Atlantic Canada and the Canadian Oral History Association Prize. In addition, it received the Prix de l’Assemblée nationale from the Institut d’histoire de l’Amérique française. The Kouchibouguac project also resulted in the creation of the website, Returning the Voices to Kouchibouguac National Park/Le retour des voix au parc national Kouchibouguac, which allows visitors to hear stories of former residents. The website — created in collaboration with Philip Lichti — won the 2014 Public History Prize from the Canadian Historical Association.

This focus upon the cultural and environmental history of Atlantic Canada is also central to Professor Rudin’s current SSHRC-supported project, Maritime Marshlands, which explores the legacy of the federal government’s large-scale project after World War II to reconstruct the dykes and aboiteaux that had long protected lands in both Nova Scotia and New Brunswick from the tides of the Bay of Fundy. This program (the Maritime Marshland Rehabilitation Administration) led to environmental and cultural changes that are still evident in the early twenty-first century. This research has already resulted in the production of the film Unnatural Landscapes. The book connected with this project is nearing completion.