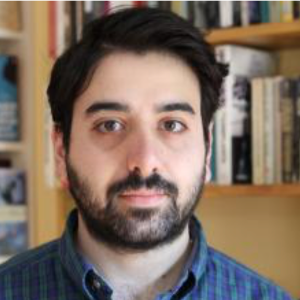 Paul Ballerini is an emerging award-winning Canadian-Italian filmmaker and researcher from Montréal, Québec, who is interested in the blurred line between fact and fiction, memory and storytelling. His work spans the spectrum of documentary and narrative filmmaking, and his films have been screened on the festival circuit as well as broadcast on television. He holds a Film Production BFA from Concordia University’s Mel Hoppenheim School of Cinema, where his graduating film, Forgotten Man (2016), won the Susan Schouten Documentary Film Award. His films include Cotten (2015), which was selected at the Rendez-Vous du Cinéma Québécois (RVCQ), as well as Nothing Special (2019), which premiered at the 14th annual Cinema On The Bayou festival, in Louisiana. He is currently an MFA candidate in Film Production at Concordia University, where he entered with a full scholarship. His present research-creation thesis project, Home as Alone, is about caregiving in first- and second-generation immigrants and is funded by the Fonds de recherche du Québec. In 2022, he received additional funding and support from the Fonds de recherche du Québec, Mitacs, Concordia University and the University of Padua on a sub-project called Home Away From Home, which explores the complex intergenerational links related to migration, identity and memory for second- and third-generation immigrants.