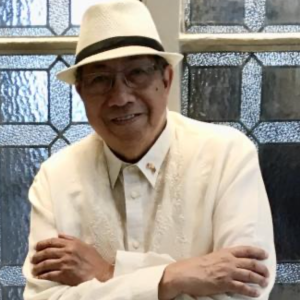 Al Abdon is the Chairman of the Filipino Heritage Society of Montreal which composes of community leaders and volunteers to promote Filipino Heritage.  Al and his Axillaries are currently working with the assistance of COHDS to gather information about older generation of Filipino women about their history, experiences and expression upon arriving in Canada.

Al Abdon is a graduate of Bachelor of Science Major in Biology at the University of the East Manila Philippines. He came to Canada in 1977 and work as a Chemistry Lab technician at Concordia University and at the same time studied Commercial Photography at Dawson College. He eventually established his own company Hollywood Junkies Video Production specializing in weddings and events. In the year 2000 he added his services to commercial and marketing until his retirement.

In 2015, Al and Filstar Production jointly sign-up with ICI Network to air a weekly TV program for the Filipino community and Montreal. The Mabuhay Montreal TV (MMTV) was established which Al became the Program Manager for 3 years until the contract with the network expired. MMTV is now replaced by Pinoy Pa Rin and currently producing shows every two weeks.

After MMTV, Al joined Videotron’s MaTV as a volunteer. During that time, the English crew has been making 4 shows every season.

The Filipino Heritage Montreal (FHM) was established on January 2018 when Councilor Marvin Rotrand of Snowdon District seconded by Councilor Lionel Perez of Darlington District proposed a motion to declare June as the official Heritage Month of Filipinos in Montreal. The CDN/ND Borough unanimously approved the motion making the event, the most appreciated gift amongst Filipinos. The Heritage Month has been further enhanced when Salma Zahid MP of Scarborough Central sponsored a bill M-155 declaring June to be the Philippine Heritage Month nationwide. The Bill 155 was unanimously approved at the House of Commons on October 30, 2018.

To facilitate cohesion among Filipinos in celebrating the Heritage month, community leaders have joined together to established an ad hoc committee to build the framework of the organization. In the summer of 2018, the Filipino Heritage Society of Montreal (FHSM) was established.

The FHSM recognizes the need to pursue further in promoting the Filipino Heritage. Aside from promoting Filipino heritage and values, the FHSM s aim is to foster harmony and cooperation with the other ethnic communities and to be a better Canadian Citizen. The FHSM believed in the doctrine that the younger generation is the hope for our future to carry on the Filipino culture and values.