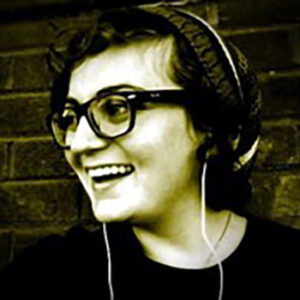 Independent filmmaker, Chantal is a native of Beirut, Lebanon and have worked in the Middle-East, Europe and Canada for the past thirteen years as a filmmaker and trainer.

Their work addresses  themes of justice, migration, identity, gender and conflict. It includes the award-winning documentary Chere N. shot during theIsraeli war on Lebanon in 2006. Tekrar, a super 8mm and PAL format short exploring the repetitive trap of war. Epistemic Space, in collaboration with the Armenian-Turkish cinema platform of the Yerevan Golden Apricot87 International Film Festival, which explores the realities of a group ofArmenians in Turkey during and beyond Gezi Park riots and, Houbout, a poetic  essay that very briefly explores fragments of a long distance relationship, when two lovers meet, in transit.

They have also collaborated on many feature length projects as Director of photography and/or Senior Editor and have worked as a producer, a trainer in Guerrilla filmmaking, social media and film as well as film critique and essayist. Throughout the years, Chant have consecrated time to the research and collection of oral history on the Armenian communities of Lebanon and their migration routes.

Maude B. Lafrance
Scroll to top