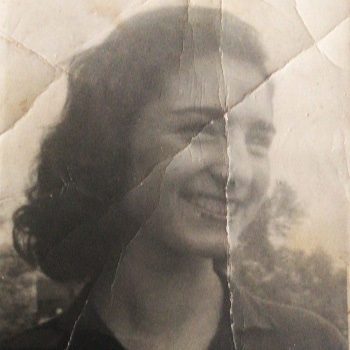 Sonya Stefan is interested in family. She recently completed a meditative video on family and landscape relationships. The work was captured on expired film ends, without any effects, and features one young character, her daughter. It travels from Grandes-Bergeronnes to Bonaventure to Percé (QC), capturing gentleness and grandeur. Other works include her father, Salvatore Stefan, teaching sausage-making skills to his family in Sault Ste. Marie Ontario. It details the traditional process from his home town, Camalo Di Povegliano. Sonya is now recording her mother, having conversations about her voyage at 18 from Locri Calabria to northern Ontario during the 50’s, listening to her experiences from immigrant to Canada citizen. Sonya is also deeply invested at Lux Magna, a festival created by women and non-binary folks and programs family shows at KidsPOPMontreal. She also is co-founder of La Lumière Collective [micro-cinema] that hosts artists that create independent works detailing their lived experience

This is a deconstructed dance film influenced by the pop culture film “Flashdance” as well as a series of oral histories and meditative natural landscapes. The documentary is set in Sault Ste. Marie, a northern town in Ontario, what was at one time a haven for Italian immigrants. The city has a large concentration of ethnic Italians for a community its size, mostly descending from the southern region of Calabria. The city’s Truss arch bridge spans the St. Marys River between the United States and Canada connecting the two countries but has always been treated as a liminal space. In the 1970’s residents fish, hung out, smoked and engaged with each other below the bridge’s arches where neither border or regulation seemed to rule the space. In the 1970s, I was born, a 1st generation immigrant child of Italian parents, puzzling together female identity, politics and culture. The intent is to encapsulate some of the anxieties and tensions that exist within the bodies of three generations of women, my mother-myself-and my daughter, regarding the agency of our own bodies and our interpersonal dynamics.