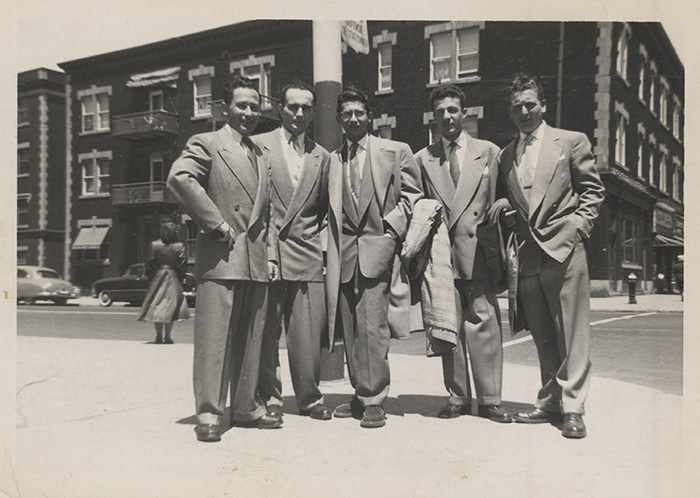 In the postwar period, Montreal became home to the world’s third largest community of Holocaust survivors outside of Europe. Thousands of them arrived in the city between 1947 and 1955, through either the War Orphans Project, or various labour schemes, or family sponsorship, and set out to remake their lives by rebuilding their families and recreating their communities.

Refugee Boulevard: Making Montreal Home after the Holocaust is a multimedia project that captures the initial experiences of child survivors who settled in the St. Urbain Ghetto, a neighbourhood known today as the Mile End or the Plateau. A historical audio tour as well as online videos detail what it was like for these children to arrive to a new country alone or with surviving family members, build relationships, deal with adversity and discrimination, search for joy, and simply move on.

A flower in the river