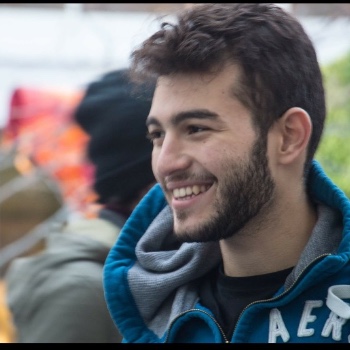 Nesi Altaras is an MA student in Political Science at McGill University from Istanbul, Turkey. A member of the shrinking Jewish community of Turkey, Nesi is a writer and editor for the online Jewish publication Avlaremoz and his current research is on the migration of Jews from Kurdistan in the final years of the Ottoman Empire. His previous work was on the failed peace and reconciliation processes in Turkey on the Kurdish question. His interest is in minorities in both the contemporary Middle East and in late Ottoman history as well as identity in Turkey.

Migrations of the Jews of Van and Hakkari

This current project is investigating the reasons of the rapid out-migration of the Neo-Aramaic-speaking Jews from Baskale and Gavar, rural towns in Ottoman Kurdistan, between the years 1914-1918. To determine the exact reasons for the migrations (and how they are remembered today) and establish relationships between different causes and the different areas of resettlement (city of Adana, Turkey or Urmia region, Iran). This project will also provide an interesting case study to the question ‘What happens to non-targeted minorities during genocide in rural settings?’ since  the timeframe and area covers the Armenian genocide but is focused on Jews. One of the other proximate causes, the forced migration of Kurds from these areas, might have also included Jews, which will give an insight into the construction of Kurdish identity and its interpretation by the late Ottoman state (the same people who would become the chief bureaucrats of Turkey a few years later). In this project, Altaras will be interviewing the children (and sometimes grandchildren) of the migrants who now reside in Istanbul or Israel about their family migration stories. He will also be interviewing the children and grandchildren of local Kurds in these towns today about how they collectively remember these Jews and their migration, and how they stayed when other groups left.