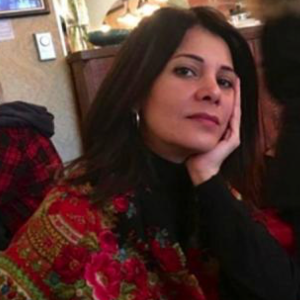 Lucine Serhan is an artist and community art educator with a background in theater, television and film production . During her time with Arab Resource Center for Popular Arts, Lucine collaborated on multiple creative oral history projects with school dropouts, refugees and sedentary communities with nomadic lifestyle. She was also a researcher on “The Kingdom of Women: Ein El Hilweh,” a film documenting the community and organizing spirit of the women during this Israeli invasion of Lebanon in 1982, and how they were able to rebuild the camp, protect and provide for their families while their men were held captive.

Lucine will start her graduate studies in Concordia’s Art Education program in the fall of 2019.

Lucine is the founder of beit byout, a cultural organisation which integrates storytelling and art to explore the Arabic language and culture with a focus on identity and roots.