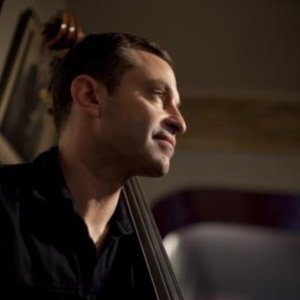 Jason Davis is a musician and environmental educator dedicated to communicating environmental change through sound. In 2016 Jason composed and recorded two pieces which integrate the recorded voices of indigenous and non-indigenous Alaska residents speaking about their personal and community observations of and responses to climate change. As the director of Climate Stories Project, he worked with high school students in Shishmaref, Alaska, an Iñupiat village on the shores of the Chukchi Sea that is being devastated by coastal erosion caused by the loss of sea ice. The Shishmaref students learned how to talk about their own observations of climate change and then interviewed and recorded community elders speaking about their reflections of how climate change has drastically impacted their village. Jason then used excerpts from these interviews in the composition, performance, and recording of John Sinnok and Resting Storm, two pieces performed by his jazz and world music group Earthsound. Jason is currently pursuing a Doctorate of Music at McGill University in Montreal, where he is focused on creating original music which incorporates spoken narratives about environmental change.