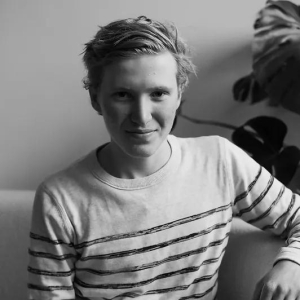 Gabriel Thym is a third year BFA student in Film Studies. In parallel with his academia, he writes and directs short-films and has a particular interest in History, Communication studies, Genealogy and Documentary cinema. He has participated in various film festivals in Europe and Montreal as a jury member and volunteer (twice “Youth Jury” member at the Luxembourg City Film Festival in 2018 and 2019) and was selected in 2022 to join the “Campus Critique” at the Festival du Nouveau Cinéma in Montreal to write a film review. He is also a member of the Concordia Film Festival, where he was a co-programmer in the Canadian Fiction section in 2021.

Congratulations to our community/core affiliate Emma Haraké for receiving the...
Scroll to top