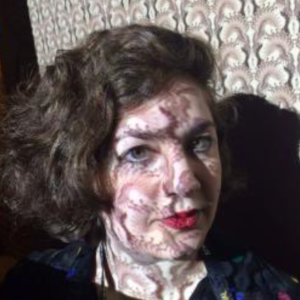 Rebecca Lessard is an emerging film and mediamaker born and raised in Tio’tia:ke / Montreal, with a BA in Communication Studies from Concordia University. She has worked as an editor and/or writer on multiple television, documentary and digital projects (most recently, the 13-part docuseries GESPE’GEWA’GI: The Last Land), and as an editor and archival/visual researcher on RUMBLE: The Indians Who Rocked the World, the Sundance, Hot Docs and Canadian Screen award-winning feature documentary from Rezolution Pictures. She is also a musician/composer and co-creator of the Roots & Recipes project (see below). Previously, she co-facilitated digital storytelling workshops with refugee youth and made other contributions to the COHDS project Mapping Memories: Participatory Media, Place-based Stories & Refugee Youth, and has worked on film and media creation projects with Inuit youth in Nunavik.

Food brings us together; one shared plate can produce countless moments and memories. The Roots & Recipes project aims to collect recipes and kitchen stories from first and second generation immigrants in Montreal in an inter-generational video series, Dishing Up the Past, and produces engaging programming that explores Jewish and old-world food traditions.