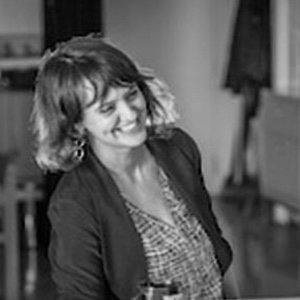 In November 2017, she attended the Healing Hills artistic residency in Haryana, India, where she wrote and presented The Women of The Hill, a verbatim theatre script based on oral history interviews conducted with local Indian women.

Caroline holds a BA in Drama from the University of Alberta, an MA in Media Studies from Concordia University and an MFA in Creative Practice from Transart Institute (Plymouth University, UK).

Caroline has been part of COHDS’ team for several years. She was the Montreal Life Stories project web content manager, radio coordinator and OHAP interview coordinator. As COHDS’ Radio Projects coordinator, she also produced O Stories and RadiOactivité with help from her team of students and interns.