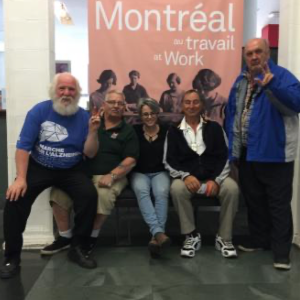 Alyssa has written for a range of solo instruments, chamber ensembles, orchestra, multimedia, as well as for film; her current work often incorporates oral history, theatre, film and technology, and frequently is highly collaborative. O douce Providence with Hervé Bertrand, a Duplessis Orphan, was premièred by The Chamber Players of Canada at the National Gallery of Canada in Ottawa, as part of the 2016 Music & Beyond festival – a co-commission from Music & Beyond and The Chamber Players of Canada. Ms. Ryvers is grateful for the support of her commissioners, including CBC Radio, individual and business sponsors, the Helen Creighton Folklore Society, the Ontario Arts Council, and the Canada Council for the Arts.

Concurrent with her work as a composer, Alyssa worked for many years as an audio engineer in film, music recording, radio and live performance. Her foundational training took place on the stage of the National Arts Centre Opera, as well as at the legendary Le Studio Morin Heights. An interest in cultural documentalism led her to work in audio conservation at the National Library of Canada, and as an audio engineer at the Smithsonian Folklife Festival.