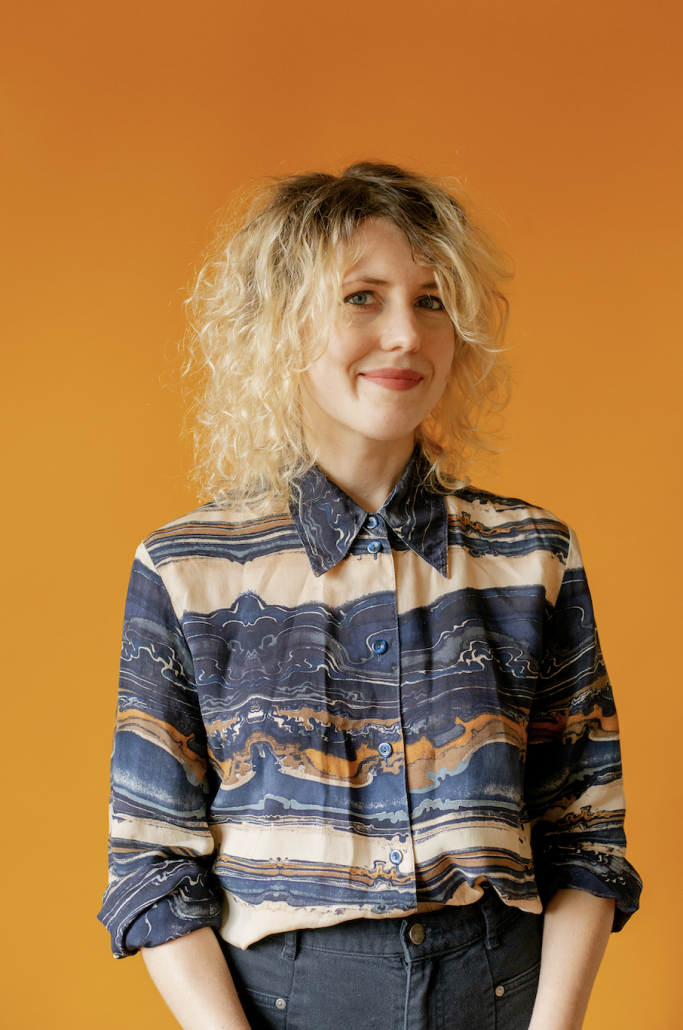 Sarah Burgoyne is an experimental poet whose practice is based in somatic play and collaboration. She is currently enrolled in Concordia’s Humanities Interdisciplinary PhD program where she is researching the history and complex social articulations of the Saint-Hubert Plaza. An exciting part of this research involves developing an audio walk about this commercial glass-canopied shopping centre which runs from Jean-Talon to Bellechasse, seen by many as merely “a bizarre strip of formal-wear shops touting bargain-basement prices on ’80s-style prom and wedding gowns.” Her recent poetry collection, Because the Sun, thinks with and against Camus’ extensive notebooks and the iconic outlaw film Thelma & Louise, and was published with Coach House Books in April 2021. Her first collection Saint Twin (Mansfield: 2016) was a finalist for the A.M. Klein Prize in Poetry (2016), awarded a prize from l’Académie de la vie littéraire (2017) and shortlisted for a Canadian ReLit Award. Other works have appeared in journals across Canada and the U.S., have been featured in scores by American composer J.P. Merz and have appeared with or alongside the visual art of Susanna Barlow, Jamie Macaulay and Joani Tremblay.