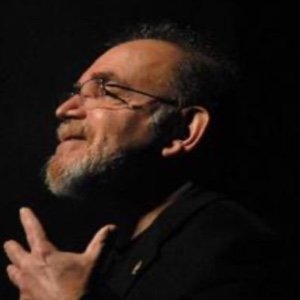 Henry (Hank) Greenspan is a psychologist, oral historian, and playwright in the Residential College of the University of Michigan (emeritus) who has been interviewing, teaching, and writing about Holocaust survivors since the 1970s. Rather than one-time “testimonies,” Greenspan’s approach has been to meet with survivors in sustained conversation: over months, years, and, in a few cases, decades. That approach is reflected in his On Listening to Holocaust Survivors: Beyond Testimony, now in its second and expanded edition, and Reflections: Auschwitz, Memory, and a Life Recreated, co-authored with Agi Rubin, a survivor with whom Greenspan had collaborated since 1980. He is the author of numerous articles on survivors’ retelling, including the chapter on survivors’ accounts for the Oxford Handbook of Holocaust Studies. In 2000, he was the annual Weinmann lecturer at the United States Holocaust Memorial Museum (USHMM). In 2011, he co-led with Wendy Lower the annual Hess Seminar for Professors of Holocaust Courses at the USHMM. In 2012, he was the Fulbright Visiting Research Chair at the Centre for Oral History and Digital Storytelling at Concordia University in Montreal. In recent years, he has talked about his work at conferences in Berlin, Jerusalem, London, New Delhi, Montreal, and throughout the U.S. He is currently working with Sweden as that country plans its first Holocaust museum there. Greenspan’s play, REMNANTS, also based on his work with Holocaust survivors, was originally for distribution on National Public Radio in the U.S. and has been presented as stage play at over 300 venues worldwide, including the John Houseman Theater in New York, the New British Library, and the Magdeburg Attic Theatre in the former Theresienstadt camp. His most recent play is centered on Rubinstein, “the mad jester of the Warsaw ghetto.” He is a member of the Dramatists Guild.