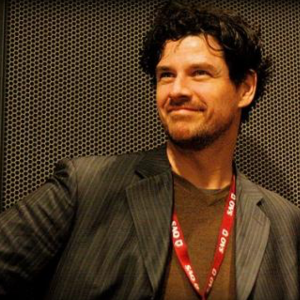 G Scott MacLeod is a multimedia artist in the truest sense of the term. A critically acclaimed painter and photographer whose work is in many permanent collections, including that of the National Gallery of Canada, he is also a performing songwriter and recording artist. Based in Montreal, MacLeod received his diploma of collegial studies in Fine Arts at John Abbott in 1984, a BFA with a specialization in printmaking in 2003 and MA in Art Education in 2013 from Concordia University. He attended the Banff Centre for the Arts in 1987 and 1992. His thesis project was the documentary film Dans l’Griff-In Griffintown (2013), on the French community in Montreal’s Griffintown neighborhood, which won the 2014 Award of Excellence in Oral History from Concordia University’s Centre for Oral History. He is a member of RAAV, Main Film, a fellow at The Helene Wurlitzer Foundation of New Mexico and an affiliate at the Centre for Oral History and Digital Storytelling at Concordia University. He currently produces educational animations, films and web platforms with MacLeod 9 Productions as teaching tools for schools, libraries and the public https://vimeo.com/447551079. Engaging his lifelong interest in history, with support from the National Film Board of Canada’s Filmmaker Assistance Program and a Main Film Grant, in 2009 MacLeod added filmmaker to his list of endeavors with the release of After the war with Hannelore- A Berliner War Child’s Testimony from 1945 to 1989. The 22-minute documentary had several high-profile screenings, including at Les rendez-vous du cinéma québécois and Berlin’s Arnsenal 2 Institut für Film und Videokunst and One World Berlin Film Festival. With funding from Conseil des arts et des lettres Québec, Canada Council for the Arts, and Aide au cinéma indépendant (ACIC) at the National Film Board of Canada, MacLeod produced four short animated films—The Abenaki- People of the Dawn (2013), The Saga of Murdo MacLeod and his first contact with the Abenaki (2012), The Irishman – Child of the Gael (2014), and The French Canadian (2015)—that make up The Water of Life series. These four films have since been edited together as a feature animated film The Water of Life (2015), which was considered for Cannes 2016 and presented at the Holland Animation Film Festival Features Extra in Utrecht, The Netherlands and Les rendez-vous du cinéma québécois, Montreal, Quebec, Canada. From his Master’s thesis work he created the online walking tour and guide, The Death and Life of Griffintown: 21 Stories (2017) in collaboration with the NFB – ONF. In these 21 short films, Historian Dr. Matthew Barlow recounts the fascinating social history of Griffintown, a former industrial neighborhood just south of downtown Montreal. From his 2017, 2018 and 2022 SIM artist residencies in Reykjavik Iceland, MacLeod has produced a short animated film and graphic novel series titled, The Norse Woman’s Sagas, Episode 1. The Indigo Iona Saga and the Settlement of Iceland Episode 2. https://macleod9.com/expeditiongreenland/public/ and Episode 3. http://www.firstcontactthefilm.com (2016). This three-act historic-fiction is rooted in his Hiberno-Norse ancestry from the Norse sagas. The story is told from a woman’s perspective with fictionalized characters grounded in key events set in the Viking era. MacLeod launched the 23-minute pilot, Episode 1. Indigenous Lands, First Settlers and Irish Immigration (2022) from his four part series, Griffintown – A People’s History from Settlement to industrialization and gentrification.