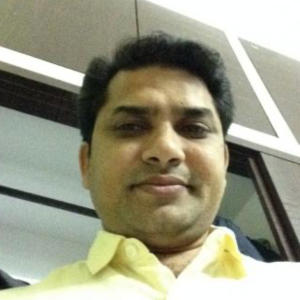 Dr. Rajunayak is an Assistant Professor in the Indian and World Literatures Department at English and Foreign Languages University Hyderabad, India. Presently, he is a Post-Doctoral visiting scholar at the University of California Berkeley, USA. His Ph.D Dissertation, “Narrative on the Move: Reconstructing History, Culture, and Identity through Bhat Compositions”, sets out to examine the narrative and per-formative traditions of the (once) nomadic indigenous community of the Lambadas. For the purpose of analysis and demonstration, he draws on the song narrative and performance oral practice of the Lambadas of Telangana region in India. The focus of his work is to explore the ways memory and speech form work in weaving not only myth and legend but also even historically pertinent native narrative compositions. His work draws on the compositions of the Bhat (balladeers of the Lambadas) indigenous community. He identifies various genres of songs and narratives and carefully marks the differences.

His dissertation, “Narrative on the Move: Reconstructing History, Culture, and Identity through Bhat Compositions”, is the first work to come out of this University (and probably one of the very few works emerging in the field of Lambada cultural heritage in the country). Mr. Nayak demonstrates his arguments cogently and vindicates the necessity of writing about these dispersed indigenous communities. He sees Lambada Bhat verbal art not as a curious cultural artifact, but as a living assertion and resistance to the discourses of developers and the state.

He did much of his schooling at the government Zilla Parishat School while living in the Schedule Tribes welfare hostel. He graduated from Lal Bahadur College in Warangal and obtained his Masters in Human Resources from Kakatity University. He holds an M.A in English from CIEFL, an M.Phil and Ph.D. from the English and Foreign Languages University in Hyderbad, India. His doctoral thesis was on Oral Narratives of the Lambada Tribes from Telangana. He recently completed an ICSSR-sponsored major research projet on Lambada Bhat oral narratives.

Dr. Rajunayak was the recipient of the Raman Post-Doctoral Fellowship from UGC, Ford Foundation Fellowship and the Rajiv Gandhi National Fellowship. He is an Associate Fellow at IIAS in Shimla, he is a board member of the Humanities and Social Sciences Association at University of California Berkeley, and also a member of the editorial board of the Tribal Intellectual Collective India (TICI). He presented papers in Oxford University, University of Barcelona, JNU and Delhi University. He participated in the research conducted by the Commonwealth Education Media Center for Asia, New Delhi. He also joined a project on AIF DE Schools in Hyderabad, conducted by TALEEM, Gujarat.

Dr. Rajunayak developed several courses on India’s marginal communities: Literature from Marginal Cultures, Tribal Literature, An Introduction to Tribal Culture and Society, and Theorizing the Orient: Theory and Praxis in Indian Context. He has published articles on Telangana Bhat artisans, tribal literature and adivasi issues such as development and displacement.

My thesis for doctoral study “Narrative on the Move: Reconstructing History, Culture and Identity through Bhat Compositions” in the Department of English Literature at the English and Foreign Languages University, Hyderabad, India which I completed and defended in 2013 deals with an account of the Bhat songs sung by the Lambada tribe in Telangan as a form of history and historiography. The departments of English literature brought in a radical change. English Departments since the 1990s have changed in India in their approaches to society and culture moving away from the English literary canon to various literatures in Indian languages. In this context, I seek to argue that our training in ‘close reading’ of the literary texts needs to be expanded to study tribal songs as part of our literary studies as a process of embedding with a view to providing composite social imaginary. While avoiding the anthropological approaches in which tribal songs have been and continue to be examined, I attempt to offer a textual and narrative account of them as literature and to examine the complex categories like Literature and culture (the Department in which I now teach Indian and World Literatures) by bringing to bear on them tribal oral literatures and to initiate the category of tribal literature by embeding these songs into an engagement with the literary historiography. It is true that Lambadas have not learnt about themselves from history books as they were not literate until recently. Their history is embodied in Lambada oral narratives. Historiography in the form of song was the focus of my argument; song as an account of the present modernity will be the focus of my further research.