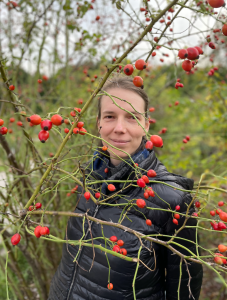 I am a Montreal-based filmmaker, working in documentary and hybrid film forms, participatory filmmaking, and co-creation. I am also a film mentor and support worker at Spectrum Productions, a local community organization. I immigrated from Bulgaria to North America in 2005, to pursue my studies in literature, media, and film production. Since arriving to Montreal in 2009, I have been involved in the art and film community, both creatively for my own projects and also in many other roles, as a producer and production manager for a number of short films by emerging filmmakers (2011-2015); as a member of the artist collective groop*index (2012-2016); as a managing editor of the academic journal Intermédialités (2015-2017); and finally as program manager at Spectrum Productions (2017-).