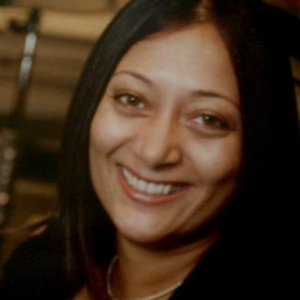 Azra Rashid is a Montreal-based filmmaker and postdoctoral fellow in the department of Gender and Cultural Studies at the University of Sydney. In addition to her book, “Gender, Nationalism and Genocide in Bangladesh: Naristhan/Ladyland,” Dr. Rashid has presented at conferences and published on various issues concerning research methodology and representation of gender in the existing discourses of genocide. Dr. Rashid’s ongoing research, funded by the Social Sciences and Humanities Research Council, is focused on representation of the multiplicity of gendered experiences in the discourses of genocide in Cambodia. Her doctoral research investigates selective remembering of women’s experiences in the widely circulated images of the 1971 genocide in Bangladesh and offers a counter-narrative that emphasizes a gendered reading of that genocide. Dr. Rashid has over ten years of experience working as a filmmaker and journalist in NYC, Toronto, Edmonton, and Karachi. She has worked on numerous documentaries on social justice issues, including her own award-winning film, “Dishonour Defied,” a documentary about rape and status of women in Pakistan. Dr. Rashid’s documentary on forced marriages, “Unveiling the Abuse,” has been incorporated into the curriculum by the Toronto District School Board in Canada. Her recent film, “A Woman’s Story,” funded by the Canada Council for the Arts, has been broadcast on the Documentary channel and has won numerous awards at national and international film festivals. “A Woman’s Place” is Dr. Rashid’s second film in a trilogy that seeks to document women’s stories from genocide and it examines the politics of food and the efforts by women survivors of genocide to turn food into sources of power. In the past, Dr. Rashid has also worked in the NGO sector with Amnesty International, Alliance Against Modern Slavery, Ve’ahavta, and Women Won’t Forget.