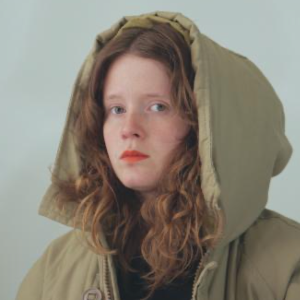 Veronica Mockler was born in Quebec City (QC, Canada) in 1991. She graduated with Distinction from Concordia University (BFA Studio Arts, 2015) in Tiohtià:ke/Montréal after completing her final year of studies in the Republic of Ireland. Veronica has since returned to Tiohtià:ke/Montréal where she works as an artist and emerging scholar. At the moment, Veronica is also conducting research-creation in performance art, public pedagogy and oral history within Concordia University’s INDI Graduate Program. Her work with individuals, groups, communities and coalitions deals with public representation, knowledge creation and social justice mobilization. Her collaborative and socially engaged art, which takes the form of relational performances, public addresses, video art and new media interventions, has been featured in gallery exhibitions, film and art festivals, as well as in conferences and symposia in South America, the US, Canada, the UK and Europe. The artist co-founded VISIBLE in 2017, an art collective that highlights the power of expression of Montrealers in plural media and performative gatherings. In 2019, Veronica also co-founded WOMXN WALK THE WALK, a sister initiative to Brooklyn’s League of Women Walkers. The collective investigates ways to counter the disempowerment of female identity in public space. Veronica has been the recipient of awards and grants for her work, both in Canada and abroad, from arts councils, government entities, academic and artistic institutions and community initiatives. The artist’s dialogic art practice draws from theories and practices in public pedagogies, oral history, documentary essaying, activism, community development, art education, and more