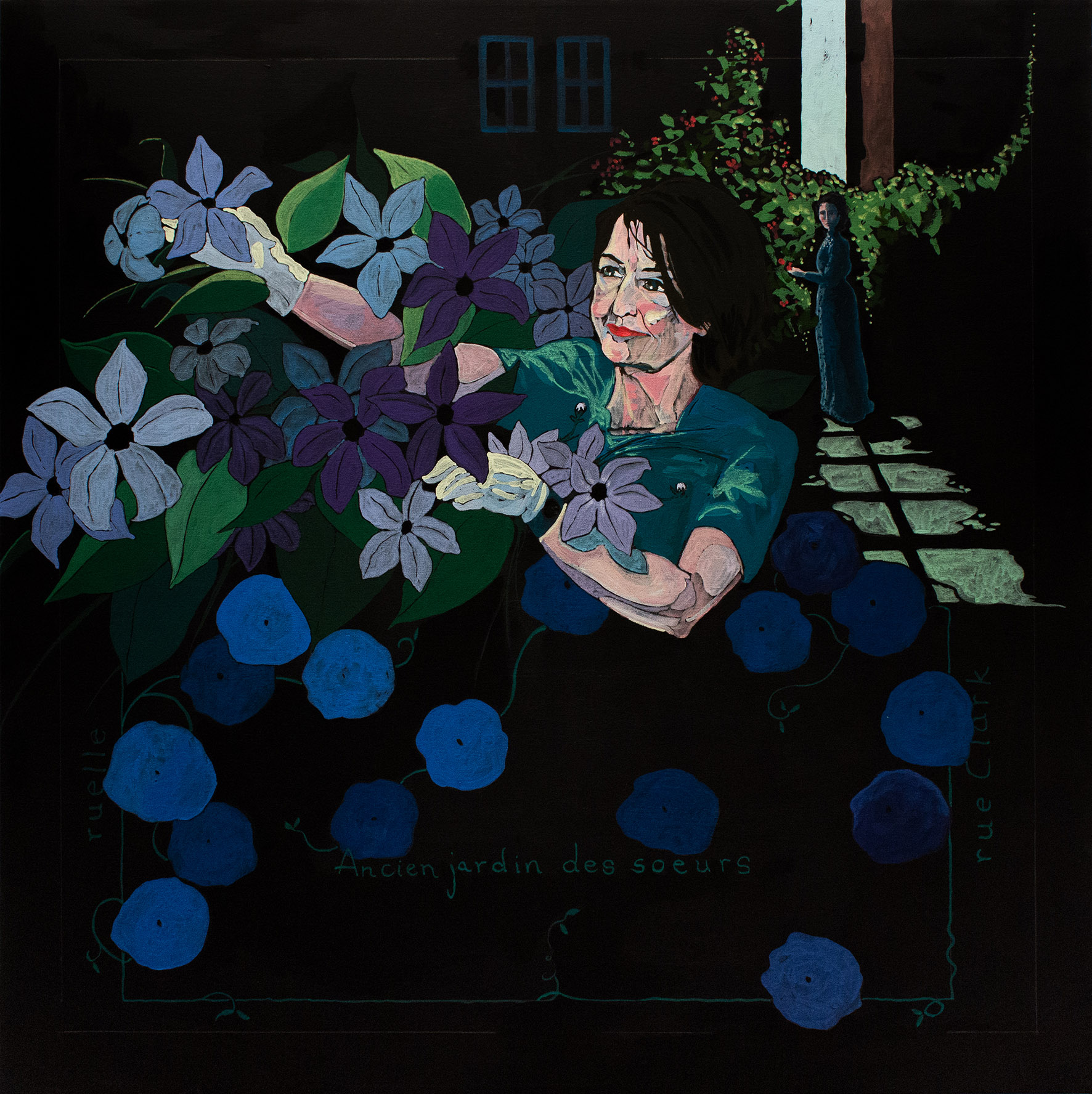 This research-creation project by COHDS core affiliate, Cynthia Hammond, explores the social history of the garden located behind 51 Sherbrooke Street West in Montreal. This garden takes its name from the historic house’s most famous occupant, photographer William Notman. In 1894, after Notman’s death, philanthropists Julia and George Drummond expanded the house, creating St Margaret’s Home, a palliative care facility. By 1920 the institution housed almost exclusively older women. The large garden at the rear of the property was a place of calm beauty, where residents could meet family members, spend time with resident animals, and enjoy events such as the annual garden party. St Margaret’s Home relocated in 1991, leaving the future of the 150-year old garden uncertain. In the intervening 27 years, Communauté Milton-Parc activists fought to save the house and the garden from development. In February 2018, the City of Montreal agreed to expropriate the land to preserve it as a public park. But at the time of Hammond’s project, the garden sat locked behind a chain-link fence. Working with the living memories of some of the activists involved in preserving the garden, as well as some of the gardeners who tended it, Hammond created a series of paintings that respond to role of older women in using, caring for, and ultimately saving it. The Notman Garden project was exhibited in 2019 at the School of Architecture, McGill University, alongside several other series of paintings that explore the powerful relationships between historic gardens and women. The project was funded by the Jarislowsky Institute for Studies in Canadian Art, and was a collaborative undertaking by Hammond, Dr Annmarie Adams of McGill University, and research assistant and COHDS affiliate, Doug Dumais.

The catalogue that accompanied the exhibition can be found here

Walk in the Water
Scroll to top