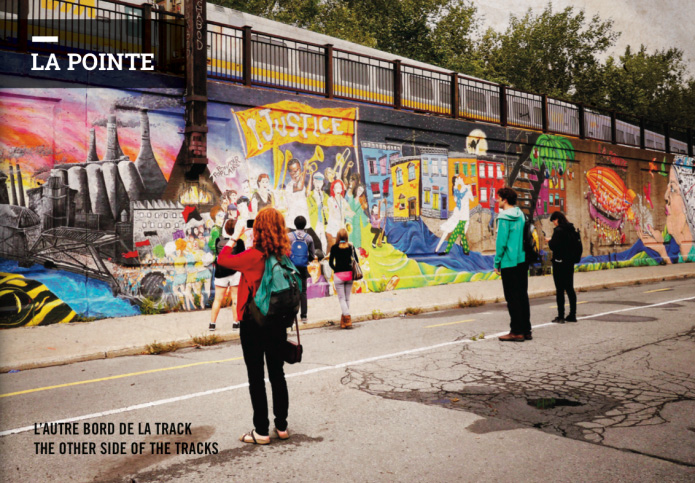 La Pointe: The Other Side of the Tracks is the second memory-based audio walk produced by students and faculty at Concordia University’s Centre for Oral History and Digital Storytelling on Montreal’s rapidly changing South-West. The tour resulted from the wider “Right to the City” initiative that saw students in oral history (Steven High), art history (Cynthia Hammond) and theatre (Ted Little) base themselves in the neighbourhood for four months. Students worked with interviews already recorded as part of Steven High’s SSHRC funded “Balconville to Condoville” project.

The audio tour begins at the Saint-Charles library at the corner of Hibernia and Mullens, in the heart of the Point. The route takes you north and then under the tracks to the southern half of the neighbourhood, ending back near the library.