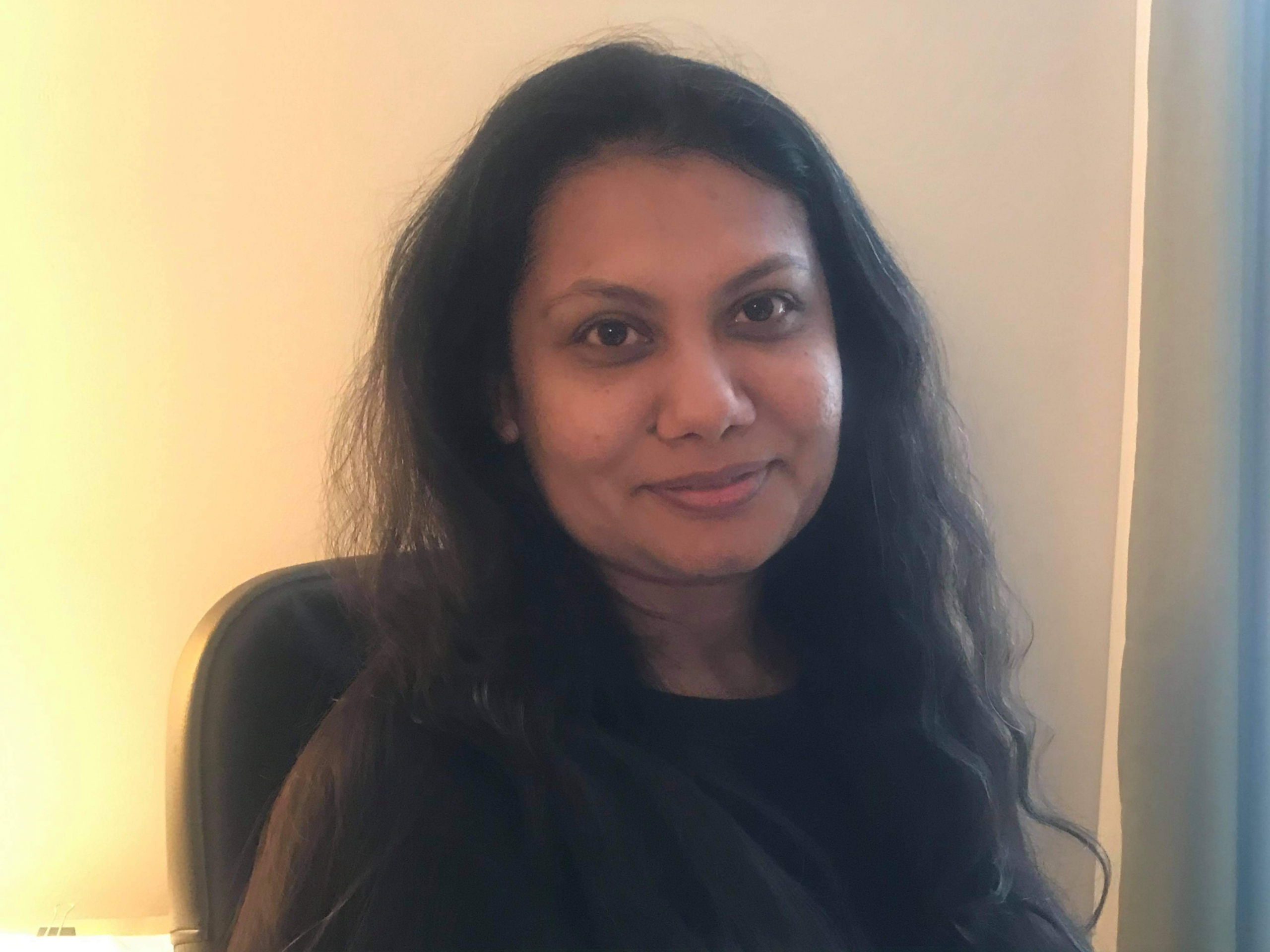 Piyusha Chatterjee is an oral historian and an interdisciplinary scholar working at the intersection of labour, urban and media studies. Her research interests include labour in the cultural economy, deindustrialization and postindustrial transformations, political economy of the city and informality in Global South/North. She completed her PhD in the Individualized Program at Concordia University. Her doctoral research investigates the place of the busker in the political economy of the city using oral histories and archival research. She received the FRQSC doctoral scholarship in 2018 for her doctoral project.

Her engagement with oral history began when she started working as a curator at the Centre for Public History at Srishti Institute of Art, Design and Technology in Bangalore, India. She worked on four institutional oral history projects in India and co-curated a commemorative volume, Looking Back, Looking Forward: An Oral History of IMSc, with Indira Chowdhury for the Institute of Mathematical Sciences in Chennai, India. She has co-authored a book chapter with Steven High called, “The Deindustrialisation of Our Senses: Residual and Dominant Soundscapes in Montreal’s Point Saint-Charles District” in Telling Environmental Histories: Intersections of Memory, Narrative and Environment, and published a paper, “The urban pirate: Rethinking the piratical as a ‘worlding’ practice in Global South” in the journal Antropologia Urbană.

As a student affiliate of COHDS, she has offered workshops on introduction to oral history and ethical dilemmas in oral history on and off the field at Concordia and at Dawson College. She was elected student representative to the administrative board of COHDS in 2017 with a one-year mandate. She has been involved in organizing the Emerging Scholars Symposium at COHDS and the Oral History Association conference held in Montreal in October 2018. During her work at the Centre for Public History in Bangalore, she served as the joint secretary of the Oral History Association of India and was part of the organizing committee for the International Oral History Association’s annual conference in Bangalore in June 2016. She is also a member of the Global Emergent Media Lab at Concordia University and the Groupe de recherche interuniversitaire et interdisciplinaire sur l’emploi, la pauvreté et la protection sociale (GIREPS) in Montreal.

She completed her MA in English from English and Foreign Languages University in Lucknow, India, and BA (hons) in English from Miranda House College for Women, University of Delhi. She worked as a news editor with English-language newspapers in India for eight years and has experience in writing and editing for both print and new media. She speaks English, Hindi, Bengali and is currently learning French.