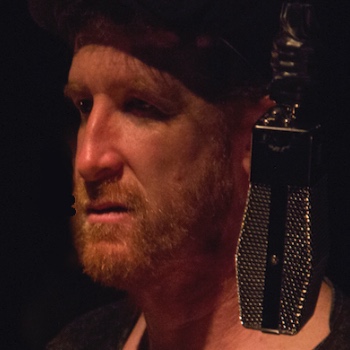 Peter Farbridge is a Montreal-based actor, writer, and teacher who works in Montreal and Toronto. As a founding member of the Modern Times Stage Company in Toronto, Peter has appeared in many productions, including the title roles in “Macbeth”, “Hamlet” and “Hallaj”. He has earned several Toronto Dora nominations and awards for his work with Modern Times, as well as a META nomination for Best Supporting Actor in Montreal. Peter has worked as an actor in film, TV and theatre in Montreal both in English and in French. He also writes for video and has directed several social documentary films. He is currently preparing a Master’s thesis between Anthropology and Theatre.