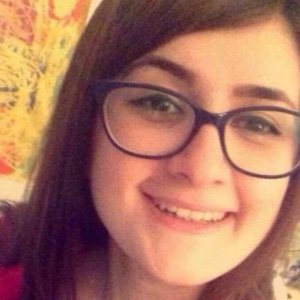 Meghri Bakarian is originally from Western Armenia, but she was born and raised in Aleppo, Syria. This makes her an Armenian Syrian. Because of the horrible war in her hometown, she has been moving from one place to another until, a year ago, her family and her finally had arrived in Montreal, Canada. She learned her fourth language (French), and started her undergraduate certificate all over again. She changed her major from biology to child studies because she believes that to understand humanity, studying child development and philosophy is the best way to do it. Thus, she started her academic journey in Concordia. Although she witnessed the awful unhuminaties of the war, she never stopped having faith in humanity so she continues volunteering, and discovering every oppurtunity that her journey is offering her.Today, she is responsible of a children book club, where they discuss a book on monthly bases; moreover, she encourages them to create their own stories. She is also volunterring for an organization that believes in the power of play, and supports the newcomers’ children through their beliefs. She is still in the begining of her journey, and she is excited about whatever life will bring her later on.