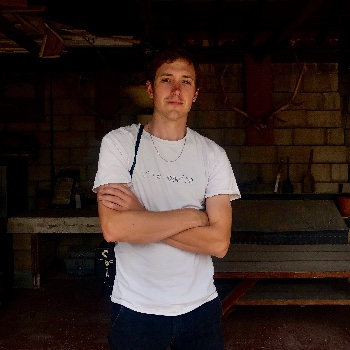 Gabriel is an MA candidate in History at Concordia, as well as a documentary photographer, radio producer and journalist. Originally from Quebec’s Eastern Townships, Gabriel has worked as a freelance journalist in Canada, the United States, and internationally. His work has been published in The New York Times, BBC, CBC, Smithsonian Magazine, and The Globe and Mail, among others. Gabriel is returning to Montreal to pursue a Masters in History after four years of work in the United States.

This project examines Gabriel’s home community in Quebec’s Eastern Townships through oral history, photography and archival research. There is emphasis on studying the simultaneous effects of Quebec’s  Bill 101 language legislation and deindustrialization on a rural Anglophone minority in the Memphrémagog RCM. Gabriel will conduct oral history interviews with Anglophones in the region who have lived through these changes, as well as produce a photographic survey and conduct archival research in local libraries and archives.