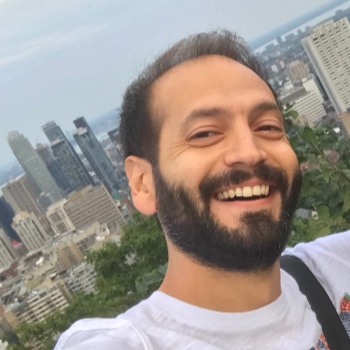 After the Syrian revolution of 2011, Elias moved from working in pharmacy to the humanitarian and social development fields, assisting in co-founding the Jesuit Refugee Service project in Aleppo in 2012 as Assistant Project Director and then as Assistant Country Director. In 2014, Elias had his Master’s Degree in Conflict Security and Development from the University of Sussex. He wrote his dissertation on civil society and peacebuilding in Syria, examining how grassroots organizations can contribute to the peacebuilding process. In 2015, Elias co-founded House of Peace (HOPe), a community-based peace-building organization. Based in Lebanon and Syria, the organization is dedicated to transforming peace from a concept to practice in order to enhance social peace within local communities, with special attention to the principles of conflict sensitivity. Elias has a Certificate of Community Service in Counseling from Boston College, and International Diploma in Humanitarian Assistance from Fordham University.

The principle of conflict sensitivity is based on the concept that all development and humanitarian intervention in any fragile or conflict contexts, become part of the conflict itself. Hence the implementing organisations need to understand the interaction between their interventions and their respective contexts in order to avoid doing harm and increase the indirect positive impact on local conflict dynamics. The project seeks during the first stage to identify potential institutions, projects, and organisations who are willing/interested in learning about the concept of conflict sensitivity and its application in the humanitarian, development and research fields. Later on, workshops to introduce the concept will be organised and participatory conflict sensitivity analysis will be carried out. The project will look particularly at projects working with Syrian refugees resettled in Canada, in addition to organisations working to advocate for the rights of the first nations.